Fixed interest rates too good to pass up 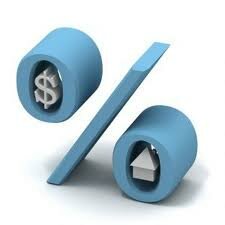 Competition in this market has finally bred benefits for consumers; 4.99 per cent on a five-year home loan is very sharp. It is an excellent deal.

Will rates keep coming down? Not likely. Non-banks have had below 5 per cent for a while. Now major banks have joined in.

Interest rate advisers all agree conditions are ideal for a switch to fixed rates. Reserve Bank surveys indicate that interest rates are due to rise in the next year. Although interest rates may drop before rising again to normal levels, at the moment this is a as good as it’s going to get.

Historically, cash rates have been around 5 per cent and interest rates another 2 per cent higher. So we are now near the bottom of the cycle. Rates may drop before they rise, but borrowers are better off locking in the rate now rather than speculating.

AMP Capital’s chief economist Shane Oliver, agreed, saying economic indicators showed borrowers needed to take advantage of the low rates. “Fixed rates are normally higher. Average inflation tells me the RBA will not stay at the current rate,” he said. Dr Oliver predicted a rate rise was likely to be about nine months away, around the June quarter next year. “The banks are offering this deal because they can. Costs of borrowing have dropped and are consistent with Australian bond yields falling.”

A combination of economic factors including improvements in the global capital market with lower spreads have resulted in the cheaper cost of money. “Last year some mortgage providers were already doing 5 per cent. So to avoid losing market share, the big banks have joined in,” Dr Oliver said. He cautioned the low rate deals may not last because banks would have only a limited amount of money at low rates.

Our advice is that borrowers must be sure they are switching for the right reasons, such as certainty of repayment and peace of mind rather than as a speculative play on where rates are going to move. Many committed to fixed rates just before the global financial crisis and watched the rate drop to a low of 3 per cent.

Fixed rates are also not ideal for people on high incomes capable of making extra repayments because that’s where the real savings are. If you lock it in now, and want to repay lump sums, you may have break costs. Other factors to consider are if you’re considering upgrading to another house or if your circumstances are likely to change during the term of the fixed rate period.

We recommended splitting loans between variable and fixed rates to “get best of both worlds.